It wasn’t until I finally got my fermentation practices under control that I was able to diagnose and eliminate two very undesirable off-flavors that crept up in all my beers. Fermentation temperature control and proper pitching techniques were absolutely the keys to making my beers taste a lot less like homebrew and more like brew. See 6 tips for improving your homebrew next.

Yeasty esters (Isoamyl acetate) and green apple (acetaldehyde) are two very commonly diagnosed beer off-flavors. The good news is both of these off-flavors are very avoidable if you follow my recommendations below.

Ester production in beer is driven by yeast strand and fermentation environment. These flavors are often perceived as fruity, banana, pear, or nail polish remover. While some esters are desirable in certain styles like hefeweizens, they often hit you over the head when they aren’t supposed to be there. My first homebrew ever, an IPA with Safale US-05, tasted like an estery yeast bomb. I’ll never forget my friend’s direct quote after his first sip.

Why did this happen? I pitched my yeast at 80°F in unaerated wort and let it ride in a bucket in my basement in the middle of the summer with no temperature control whatsoever. Since beer typically ferments hotter than ambient room temps, I’m sure that baby was fermenting at a solid 85°F at one point. let’s all admit it, that batch never stood a chance. The esters were so prominent, no level of conditioning was going to help. In fact, it worsened with bottle aging.

Acetaldehyde is another common off-flavor in beer. Often perceived in beer as green apples, raw pumpkin or squash, or Jolly Ranchers. Brewers yeast produces acetaldehyde with the conversion of glucose to ethanol during fermentation. During healthy fermentation, yeast converts the majority of this compound to alcohol, leaving the undesirable flavor undetectable. Less optimal fermentation can prevent the yeast from cleaning up the acetaldehyde, leaving too much in the final product.

Creating optimal fermentation environments for yeast and letting your beer properly condition can help prevent this off-flavor. I noticed a major improvement in my beer just by extending primary fermentation from 1 to 2 weeks. Don’t rush your beer or you will surely pay for it later.

How to Prevent Off-flavors

Isoamyl acetate and acetaldehyde can both be prevented with a lot of the same techniques. All of these ultimately revolve around creating the best conditions for your yeast during fermentation. Healthier yeast means a cleaner, better tasting beer.

These flavors were a result of:

Underpitching is the result of not pitching enough yeast during fermentation. When you don’t pitch enough yeast, you will subsequently put a lot of stress on your yeast as they will rapidly reproduce to ferment your brew. Rapid yeast production leads to more ester production. A yeast starter ensures you’re pitching enough viable yeast. The purpose of a yeast starter is to do exactly that—increase your yeast yield before pitching.

Yeast needs oxygen to do its job well. More oxygen in your wort will lead to a better overall fermentation. Adequate oxygen levels ensure yeast grow and reproduce during fermentation. This will prevent stressed yeast. Stressed yeast leads to off-flavors. Inadequate oxygen levels in wort can also cause poor attenuation. Avoiding these pitfalls will ultimately lead to better quality beer. There are a handful of methods to properly aerate, the easiest is vigorously shaking your fermenter for 45 seconds. You can learn more about this here.

Yeast thrives in warmer temps, they also reproduce at a much greater rate at warmer temps, which results in more ester production. Strictly adhering to cooler fermentation is going to greatly suppress ester production and create a much cleaner tasting product. I like to ferment ales on the cooler side, 66°F-68°F. As I mentioned earlier, ambient room temperature does not reflect vessel temperature. Actively fermenting beer can be 10 degrees higher in the fermentation vessel than the ambient temperature of the room. This is why so many homebrewers use cooling systems or ferment in a fridge to control temp more precisely.

Don’t rack your beer too early! I don’t package my beer for at least 12 days at the earliest. This gives your beer ample time to let the yeast clean up the byproduct they produce during fermentation. Taste your beer on day 5 and again on day 10 to know what I mean.

I guarantee if you follow these items carefully you will notice a dramatic improvement in your beer. I wish someone had told me this several years ago because it would have saved a lot of subpar batches and made the whole process that much more rewarding. 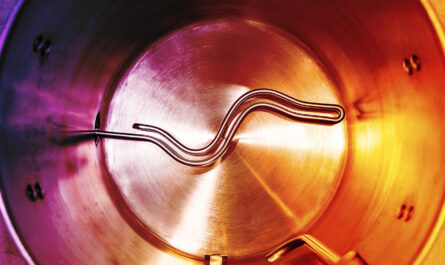 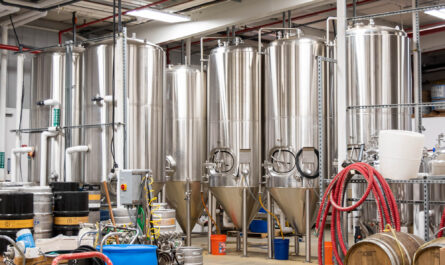 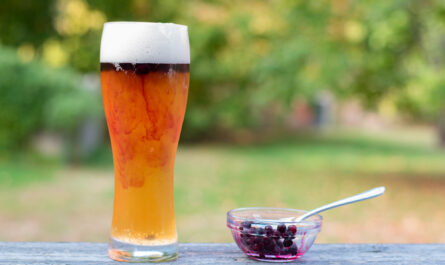