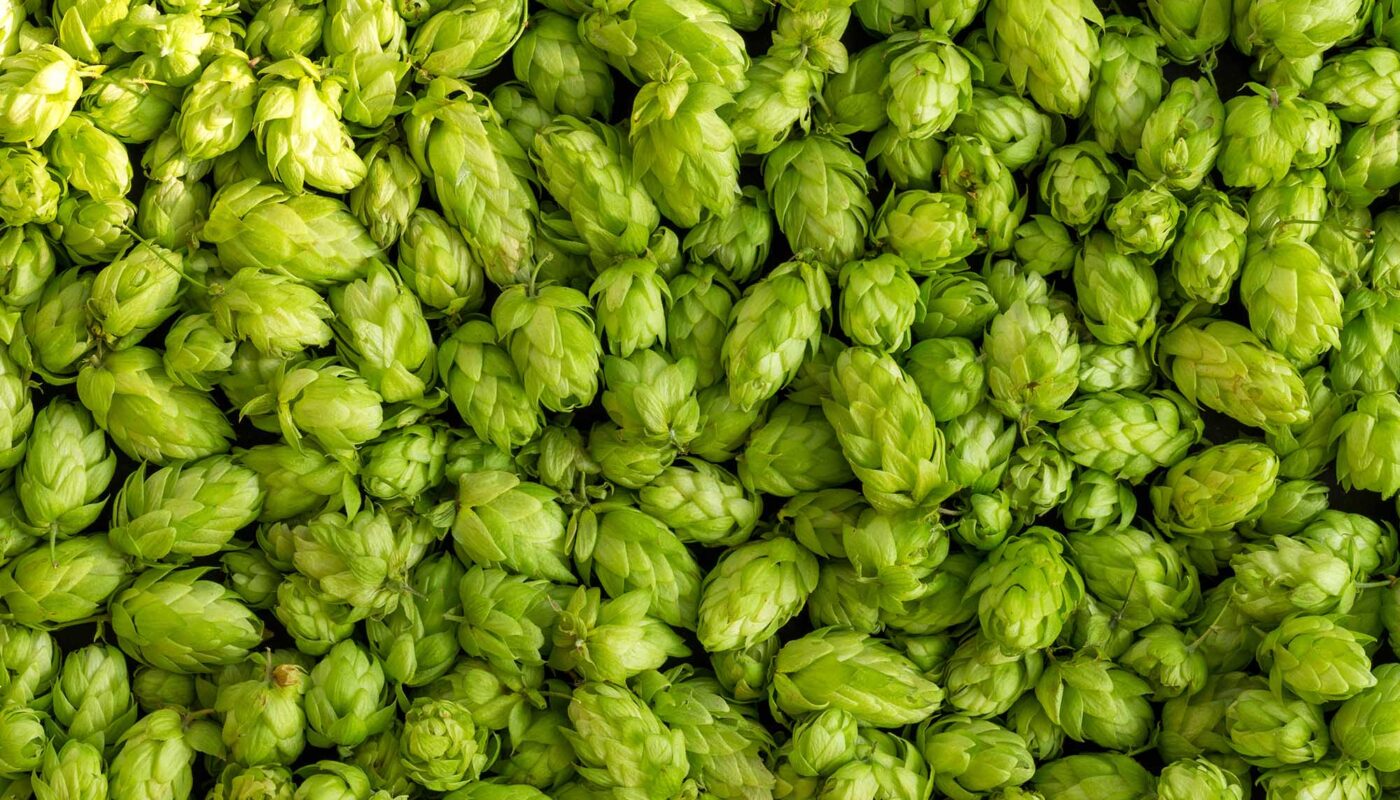 I recently read an article on BYO on dry hopping and it made me realize how much things have changed since I first started homebrewing about 10 years ago. With the new wave of double dry hopping and the emergence of the NEIPA, it’s essentially turned the dry-hopping world on its head. Below are some old and new techniques and general guidelines for dry hopping your homebrew.

What Is Dry Hopping?

Dry hopping is the process of adding hops (dried whole leaf or T-90 pellets) as a cold side addition, typically during or right after primary fermentation has finished. Dry hopping adds aroma and flavor without imparting any bitterness to your beer.

Hops contain compounds called alpha acids. When alpha acids are heated during the boil they undergo a process called isomerization. Isomerized alpha acids provide hop bitterness in beer. Boiling hops for a longer period of time leads to more isomerization and a more bitter finished beer. Dry hopping preserves the delicate volatile oils that produce flavor and aroma and will give your beer that much-desired mouth-watering aroma. These oils do not survive a boil.

You can use both pellet and whole leaf hops for dry hopping. Pellet hops are a little more convenient and more readily available. Leaf hops take up more space in the fermenter and also soak up more of the beer, decreasing the overall yield. Commercial breweries use pellet hops because they pose a lot of advantages such as shelf life, efficiency, and less beer absorption.

The other popular term in the industry is wet hopping. Wet hopping is the practice of adding un-kilned whole leaf hops to beer. This practice is still carried about by some commercial breweries.

Your beer’s flavor profile and characteristics should dictate which types of hops you use. There aren’t necessarily any wrong hops to choose from for dry hopping, but you should stick with aroma-forward hops. I love Cascade, Centennial, Amarillo, and Simcoe for West Coast/American IPAs and Citra, Mosaic, and Galaxy for tropical NEIPAs. You can also mix varieties for complexity. Here is an awesome interactive chart for hop profiles and characteristics. Beer Maverick has some pretty extensive hop data as well.

Below are some personal favs I’ve used:

When To Dry Hop

Your classic American or west coast style IPA has typically always been dry-hopped after fermentation has completed, usually, 7-10 days post pitching. In the past, I would rack my beer to a secondary vessel with 2-3 ounces of hops per 5-gallon batch. Your beer should stay in contact with the hops for 2-4 days before it’s bottled or kegged. After a few days, there’s nothing more to gain for extending the time in contact with hops. You’ve reached a saturation point where aroma can start to fade. I would encourage you to skip secondary fermentation and always dry hop in the primary to reduce oxidation with racking.

The newest trend, especially with a lot of New England-style IPAs, is dry hopping during active fermentation in the primary vessel, usually on days 0-5 of fermentation. The major buzzword around this technique is called biotransformation. Biotransformation is believed to enhance the flavors and aroma of the finished product through chemical reactions between the yeast and hops. This can lead to different tropical flavors in your IPAs (depending on the hop style of course). Biotransformation is also believed to contribute to a NEIPAs haze.

With all the research I’ve been doing on NEIPAs, it would appear that most of the big-name NEIPA producers are dry hopping after terminal gravity has been reached, usually on days 5-8. Breweries like Treehouse and Trillium dry hop in crazy amounts to achieve the incredible fresh flavors their beers are known for. I usually dry hop my NEIPAs with 8-16 ounces, depending on ABV. This originally seemed absurd to me coming from a typical 2-ounce dry hop charge in an American IPA, but it does make a big difference.

Double dry hopping (DDH) is labeled on nearly every commercial NEIPA at this point. It’s basically a marketing term that can clue you in on what you might expect from a beer. DDH can mean slightly different things depending on who you ask. One thing I think we can all agree on is double dry hopped=dry hopping with double the typical charge of hops. DDH can also allude to two separate dry-hopping charges—one during active or primary fermentation and one a few days before bottling or kegging for instance. DDH could assist in achieving biotransformation along with a fresh charge of hops at the end of fermentation for a fresher aroma. A lot of breweries are experimenting with dry hopping in stages for enhanced flavor.

I’ve tried both methods and the jury is still out on which method I prefer. I’ll just have to keep comparing the two methods between batches.

I always let my hops roam free in my beer if I can (yes, free-range dry hops are happier). You’ll get much better results in terms of beer contact and overall aroma. If you ferment in carboys, it’s a major PITA to get the hop bag in and out of the small opening. If you must use a mesh bag, a large bag is better so your beer can flow more freely through the hops. A tight ball will decrease the overall surface area your hops can stay in contact with your beer. If Biotranransormation is a priority for you, I would not use a mesh bag.

Fermenting under pressure has become a popular topic in the homebrew world. With that, dry hopping under pressure has also been a strategy to lock in volatile aromas rather than blowing them out through the airlock. My batch currently fermenting in a corny keg is sitting at 10 PSI, which is being managed by a spunding valve. You must have some form of pressure release or you can easily over-pressurize the keg. I added 8 ounces of dry hops on day 3 to a 4-gallon NEIPA, and within an hour, the keg quickly went from 0-10+ PSI as the yeast started working on the hops.

I’ve chatted with a few local commercial brewers, and both suggested dry-hopping NEIPAs at 10 PSI at the tail end of fermentation. Dry hopping under pressure will also help combat oxidation. Take a look at my conical dry hopper build.

Keg hopping is exactly what it sounds like—adding 2-3 ounces of hops directly to the serving keg to keep the beer’s aroma fresher for the duration of the keg’s life. If you go this route I would recommend you hop in a fine mesh bag so you don’t risk clogging your dip tubes with hops. I have a stainless hop tube that won’t get sucked up via a diptube and sinks to the bottom of the keg.

I’ve produced some pretty intense flavor and aroma from keg hopping. You’re essentially drinking beer that was in contact with hops seconds before reaching your glass. It’s an awesome way to add explosive aroma in a short amount of time. Just note, it tends to add some haze as well. Absolutely worth experimenting with!

Cryo Hops® by Yakima Chief Hops and LUPOMAX® hops by Yakima Valley Hops are concentrated hop pellets that add more intense aroma and flavor to your final beer. These types of hops are a result of freezing hop cones with liquid nitrogen. The lupulin glands (concentrated bittering and oil portion) are separated from the leaf resulting in a more concentrated final product. I’ve been using LUPOMAX hops for a while now and can attest to the potency and enhanced character.

Outside of pure flavor and aroma, these concentrated hop pellets require fewer hops in comparison to a standard T-90 pellet. This means less beer loss from heavily dry-hopped beers. It’s worth noting that you should only use these hops in the whirlpool/dry hop stages as heating them will destroy the volatile oils just like traditional hops. Use code HAZY20 to get 20% off your entire purchase of $100 or more at yakimavalleyhops.com. 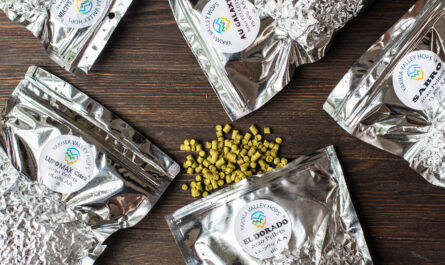 How to Store Hops: Tips and Tricks from Yakima Valley Hops 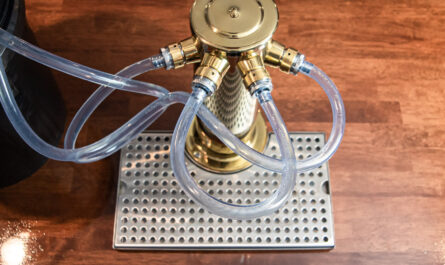 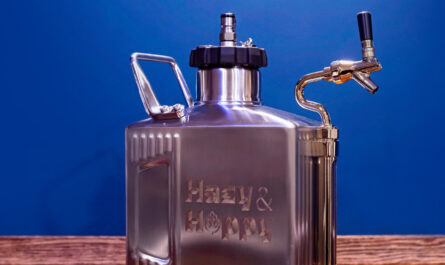 12 thoughts on “A Guide to Dry Hopping”